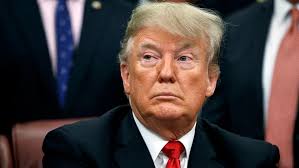 President Donald Trump has on Friday tweeted a threat to shutdown the southern border or the Democrats give the fund for the border wall. This has been one of the major plans in the Trump administration, tightening the immigration law against immigrants.

However, Trump has been willing to negotiate the $5 billion dollars fund to build the wall with Democrats. Sarah Sanders the White House press secretary also accused the Democrats for their stiffness towards this issue.

We will be forced to close the Southern Border entirely if the Obstructionist Democrats do not give us the money to finish the Wall & also change the ridiculous immigration laws that our Country is saddled with. Hard to believe there was a Congress & President who would approve!

One thought on “Trump to shutdown border against immigrants”