Happy 58th Independence Day celebration to all Nigerians. This is a remembrance day of freedom from the British rule in 1960.

Happy 58th Independence Day celebration to all Nigerians. This is a remembrance day of freedom from the British rule in 1960.

Many Nigerians has been talking on the achievements they have witness since the self governing. To some the country is bad and its control by few caucuses which has not allow positive achievements, while some feel the country is still growing as a baby and believe the development will come soon.
Opposition party has also criticise the presidential speech as an empty assertions, blaming the administration of their failure in every sector by draining the economy and increasing hardship. Nigerians have also expressed their views on the president claiming a strong economy.

Below is the Presidential speech on 1st October, 2018: 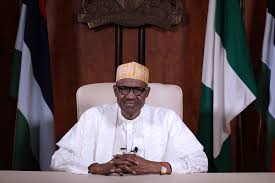 “Fellow Nigerians, today is a day of celebration and solemn reflection. It is the anniversary of the day Nigerians realised one of the most cherished of human desires – the desire for freedom. We, therefore, give thanks to and remember our founding fathers who laboured so hard and sacrificed so much to build and bequeath to us this wonderful nation. It is our duty to consolidate this great legacy.

On this first October date and on the eve of the start of the general election cycle, we should do well to reflect on what binds us together and the great strength our diversity bestows on us. Ours is an ambitious nation, and, as citizens we have every right to look forward to the future with confidence and optimism which are well founded, considering where we find ourselves today.

There has been a steady improvement in the security situation in the North East. We remain committed to ending the crisis and make the North East safe for all.

Our thoughts and prayers are always with the victims of the Boko Haram’s atrocities and their families. Beyond that, we know that the goals of the Boko Haram terrorists include capturing territories, destroying our democracy and denying our children the right to education. We will not allow them to succeed.

I want at this point to pay tribute to the men and women of our armed forces, the Police and other security and law enforcement agencies, who have been working under the most difficult conditions to keep the country safe. In the process, many have made the supreme sacrifice.

As their Commander -In- Chief, I assure these our gallant men and women that I will continue to empower them by deepening their professionalism and providing all the necessary force multipliers and enablers required for them to prevail on the field. I am looking into all reported cases of inadequacies in relation to their entitlements, their welfare and those of their families.

We are diversifying away from reliance on oil to increased manufacturing capacity, solid minerals development, and agriculture.

Efforts are on course in the Niger Delta to clean up polluted lands, restore hopes of the youths in the region and re-establish livelihoods, and strengthen their capacity to guarantee for themselves and for our country a brighter future.

The age-long conflict between herders and farmers that was being exploited by those seeking to plant the seeds of discord and disunity amongst our people is being addressed decisively. We will sustain and continue to support the commendable efforts by all including civil society organisations, local and states governments and our traditional and religious leaders in finding durable solution to this problem.

This being a transhumance issue, we are working with countries in our region that are also facing similar difficulties to complement our common efforts. In this context I must warn that the perpetrators of murder and general mayhem in the name of defending or protecting herders or farmers will face the full wrath of the law. Meanwhile, we urge all peace-loving Nigerians to reject any simplistic portrayal, at home or abroad, of this conflict as either religious or ethnic based.

We are one of the countries in the world most affected by environmental degradation, as a consequence of climate change. We are signatories to almost all conventions and agreements aimed at slowing down the effect of climate change and mitigating its now evident consequences.

The consequences on lives and livelihoods of the shrinking of the Lake Chad and the pollution caused by oil exploitation activities alone make it mandatory on us to be at the forefront of the struggle for a safer and more sustainable environment. We will continue to mobilise international support for our efforts in this regard.

We are making progress in the fight against corruption and recovery of stolen public funds and assets despite vicious and stiff resistance. The shameful past practice, of the brazen theft of billions of Naira is no more. Shady oil deals and public contracts that were never delivered have become things of the past.

Consequently, and this is very evident across the country, we have done more with less in infrastructural developments. Roads, railways, major bridges, schools, energy and power, air and sea ports, welfare of serving and retired personnel both civilian and military including payment of legacy debt such as pension arrears, have been attended to.

There is now an enabling environment for local and foreign investment in Nigeria. We are building a rules-based system – a level playing field that is free from fixers and intermediaries. This is the cornerstone to help genuine investors and honest consumers, and the platform that will allow for the real reforms that we intend to deliver over the coming years.

We are gradually strengthening the economy with a stable Naira and falling inflation rate. We are building an economy that is moving away from over reliance on oil. Consequently we have witnessed massive return to farms and seen bumper harvest, despite recurrent floods across the country.

These positive developments are the result of our collective pursuit of a common vision through hard work and dedication, after the missed opportunities and disappointments that followed the return to democracy in 1999.

At the forefront, have always been our youths. They have been at the vanguard of the struggle for independence. They fought in the war to keep the country united. And it was they who kept alive the struggle for democracy and human rights in our country at times when these were at risk, especially following the June 12th 1993 election and the historic 2015 election process.

Even today, our youths play a central role in Nigeria’s continuing progress and developments in all fields of our national Endeavour –technology, agriculture, mining, engineering and especially the creative arts. Together we are building a more diverse, inclusive and self-reliant economy.

In the past three years we have introduced many policies and programmes targeted at youth development and youth empowerment. We support the ‘not too young to run’ legislation aimed at giving the youths greater say in our national politics and governance.

The school feeding program in primary schools is aimed at encouraging enrollment and attendance. We are building on what we have already introduced to support schools and universities to which funds have recently been released for upgrade of facilities, training programs for our entrepreneurs, and rehabilitation schemes for victims of terrorism and human trafficking.

Fellow Nigerians, now we have in our hands technology that is a powerful tool that we can and should use for knowledge and understanding. As with other countries, we must also learn how to manage those tendencies that, instead, look to abuse new technologies to provoke passions and stir tensions.

Never before have we faced such a challenge. We must all rise to the responsibility of shutting out those disruptive and corrosive forces that hide in today’s world of social media. We need critical minds and independent thinking, to question and question until we are satisfied we have the facts. Otherwise, all the progress we have made as a democracy since 1999 is at stake.

I have committed myself many times to ensure that elections are fully participatory, free and fair and that the Independent National Electoral Commission will be exactly INDEPENDENT and properly staffed and resourced. The ballot box is how we make our choice for the governments that rule in our name.

Fellow Nigerians, developing a thriving democracy is not an easy task. There can be no quick fixes or short cuts. These are the most important lessons that we have learnt in our 58 years as an independent nation.

At the international level, we remain a responsible and respected member of the international community, playing active positive roles within ECOWAS, the African Union and the United Nations as well as all other regional and international organisations and institutions of which we are members.

We will continue to support initiatives aimed at addressing the challenges of our times: global and regional crises and conflicts, terrorism, trans-border crime, climate change, human rights, gender equality, development, poverty and inequality within and between nations, etc. In this context, we are working hard to achieve both the AU 2063 Agenda for socio-economic transformation of our continent; and the UN 2030 Agenda for sustainable development, which together aim at addressing these challenges

Fellow Nigerians, as we celebrate the 58th Anniversary of our independence, we know we are on the right path. Although we have our differences, they count for far less than the values, virtues and common aspirations that unite us as a nation. We have so much for which we should be grateful, and in which we should rightly take pride. Our journey is not finished but we have come a long way.

I want to assure you that as President, I will continue to work tirelessly to promote, protect and preserve what really matters: a united, peaceful, prosperous and secure Nigeria, where all, irrespective of background, can aspire to succeed.

Thank you. I wish you a memorable independence celebration”.

There was an error retrieving images from Instagram. An attempt will be remade in a few minutes.