Said to Cure Everything but Death, These Seeds are an Ancient Miracle Cure

The black cumin seed or “Nigella Sativa” has been revered as a miracle cure for a vast amount of illnesses and ailments throughout the ages and across many cultures. The plant is indigenous to the Mediterranean region and has been used as medicine predominantly by Muslim cultures. However, the plant dates back past the rise of Islam and was used by other non-Muslim cultures.

The earliest written record of the plant being used as a medical treatment dates back to the book of Isaiah in the Old Testament where Isaiah talks of harvesting the plant and its curative properties. It was used by Asian herbalists and Romans alike as a food additive; black cumin seeds were even found in the tomb of Tutankhamun. The seeds were also discussed by the famous Greek physician Dioscorides who used them to cure head and toothaches. However, the medical properties of the seeds didn’t gain prominence until the rise of Islam. 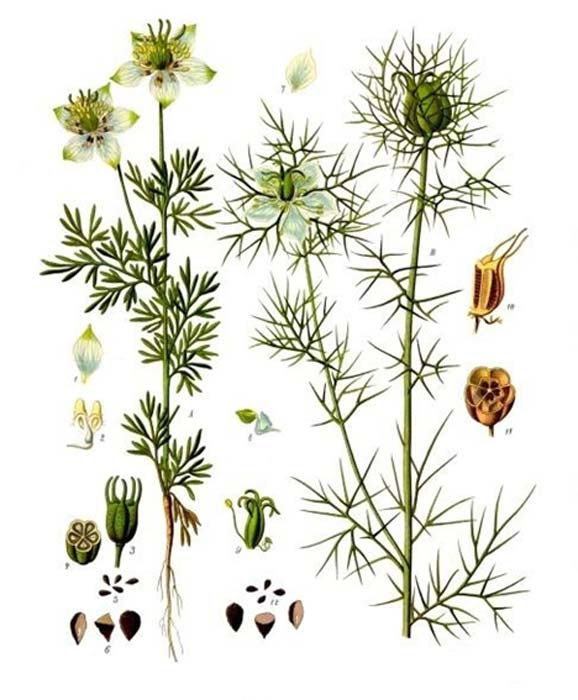 The Variety of Uses for Black Cumin Seeds

“Habbat ul Sawda” as the seeds are known in Arabic, were mentioned by Muhammed in the Quran and he is believed to have said, “in the black seed is healing for every disease but death.” In Arabo-Islamic culture the seeds are prescribed as a medicine for various ailments including: fever, asthma, chronic headaches, diabetes, digestion issues, back pain, infections, and rheumatism.

It was in the 7th century that the seed gained its massive popularity in this culture and there it remained as a popular family medicine. It has also been used as a food preservative since the height of its popularity.

Folio from an Arabic manuscript of Dioscorides, De Materica Medica, 1229 .

While most people used the oil for the health benefits listed below, the oil is also taken as part of beauty routines. Over the span of a few months one can see that hair and nails become stronger and when used externally it can help to treat skin conditions such as psoriasis and eczema.

The seed is believed to have 100 healthy components and is a significant source of fatty acids, proteins, carbohydrates, vitamins, and minerals. Its oil is often what is used as a medicine, but the seed has a peppery taste and is common in making curries, pastries, and Mediterranean cheeses. The seeds possess anti-diabetic and anti-cancer properties and they can be used to regulate the immune system, reduce pain, kill microorganisms, reduce inflammation, inhibit spasmodic activity, and open the air passages in the lungs. They are also said to protect the liver, kidneys, stomach, and digestive system.  They aid in peristalsis and rid the intestines of worms. The seeds also help with many diseases, especially those involving inflammation – such as cystic fibrosis, allergies, and cancer.

The efficacy of the black cumin seed oil is mostly attributed to its quinone constituents and essential oils components. Quinone promotes healthy oral health and helps manage oral diseases. It has also been linked to enhanced learning and improved memory in elderly patients when taken as a daily supplement, as shown in a recent study. 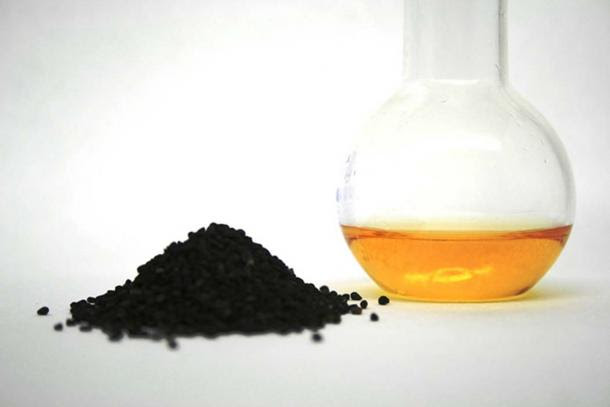 Black cumin seed and oil are said to be very healthy and help with many health issues.

Many studies have been completed in recent years backing the unbelievable claims of the medicinal properties of the black cumin seed. Based on animal models, the seed was proven to induce a strong anti-inflammatory response leading to the belief that it is helpful in inflammation based diseases. In vitro studies performed in Jordan and the United States have determined that the oil has anti-leukemic properties. It has also been proven that the seed has cardio-protective, anti-cancer, anti-diabetic, antioxidant, and immune-modulatory properties.

The first major study of the seed in relation to cancer prevention was performed in the United States by the Cancer Immuno-Biology Laboratory in Southern California. They found that a healthy immune system will detect and destroy cancer cells. As such, the black cumin seed has been found to stimulate neutrophil activity; it is this activity that creates short-lived immune cells that are normally found in bone marrow but mobilize when there is infection in the body. This means the seeds help improve the immune system and aid in cancer prevention.